This weekend I will go from my 20s into my 30s.  I'd be lying if I said I hadn't freaked out about it a bit, this seems to be a common feeling among those I've spoken to who've already hit the big 3-0.

I was born in 1982.  The media, more and more recently, is drawing comparisons with life then and life now.  So what happened in 1982?

Unemployment hit a post war high. Unemployment now is at a high, we seem to have come full circle, hopefully things will look up but at the moment, for many, it is hard to keep positive.

The Falklands war broke out.  In 2012 there is again trouble around the Falklands.  People are said to be angered that Prince William, who was also born in 1982, has been posted there as part of his RAF role.

Train workers took part in strikes in 1982.  I went to an exhibiton last year about strikes in Liverpool in 1911.  It made me think about how all that time has passed but in some ways the world has not really changed.  People will always strike, but whether it makes a difference remains to be seen.

The first CDs were released in Germany in 1982. Now, CDs are being phased out(although I must confess I still buy them, must be old skool), and replaced by digital music.  The music industry has changed beyond all comprehension and people have more wide ranging musical tastes than ever before.

Eden, and the power of isolation 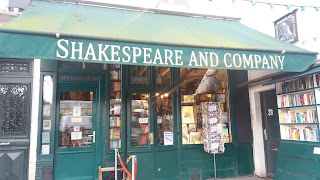 katyk
I'm Katy, I live in North West England and I write about love, death, and everything in between. I also write about those past, present, and to be. My friends and family are the most important thing in my life and, as they are scattered all over the world now, the internet is a godsend for keeping in touch. My favourite country in the world is Italy. I write poems and book/music reviews as well as blogging. For reviews go to http://dakota.me.uk/artists.html?ifrm_1=http://dakota.me.uk/Books.html I also have a poetry page: http://www.facebook.com/pages/Purple-Poetess/69057868235?ref=mf Enjoy!